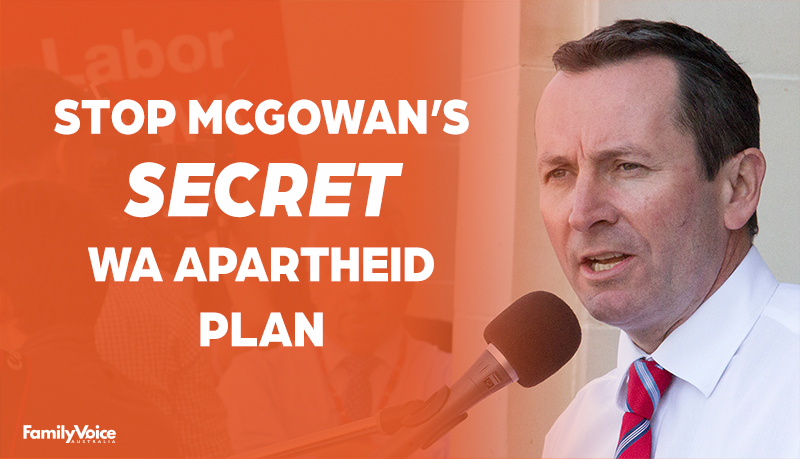 The WA government is not telling the truth.

It is not being honest about a new plan to create regional segregation of West Australians based on a private medical choice.

Nor has it published evidence that sweeping segregation measures reduce community transmission of current variants.

6PR's Liam Bartlett reports, "The Mornings program has been told police over the past week have been holding a series of briefings to coordinate the reestablishment of regional borders in the state when we open up."

The Premier's office is also "not taking any questions on what they call transition measures.”

“The Police at this state prefer to remain quiet”, according to Mr Bartlett.

We encourage all West Australians to send an email to the Premier’s Office to tell the Premier to not dehumanise and segregate West Australians. Those who decline a medical treatment, based on grounds of conscience, should not be treated as subhuman, nor should their constitutional right to “free passage” within the Commonwealth be removed on spurious, politically motivated grounds.

Where will it stop? Roadblocks by council or by suburb, which, among other measures, led to massive social damage and mental health issues in other states?

Premier McGowan should not get away with this without thousands of common-sense Australians speaking out.