Thank Anthony Albanese for keeping the Monarchy on our money 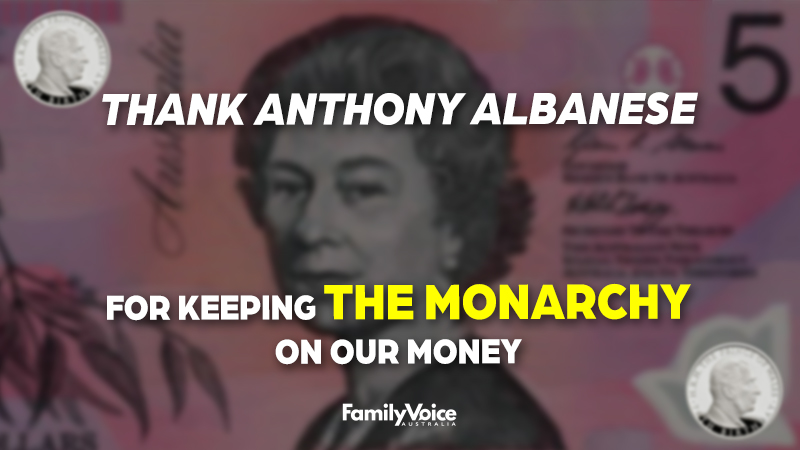 The federal government has decided to put the new King on the Australian coins. It is great to see our Christian heritage and the successful constitutional monarchy system recognized in this way.

Assistant Treasurer Andrew Leigh on Thursday said there would be a conversation “down the track” on whether the Queen would be replaced on the $5 note by an Australian.

“It is a conversation that will take place in government. There’s no rush about it,” Dr Leigh said. “The priority now is changing over the coins, which is a much larger operation.

The ARM will call for the late Queen’s image to be removed from the $5 note. This is not respectful as she has not even been buried yet. They will also urge the government to reconsider using King Charles III’s image on coins from next year.

A Roy Morgan poll released on Tuesday showed 60 per cent of Australians supported maintaining ties to the monarchy. More Australians have been in favour of remaining as a constitutional monarchy than becoming a republic consistently since November 2010.