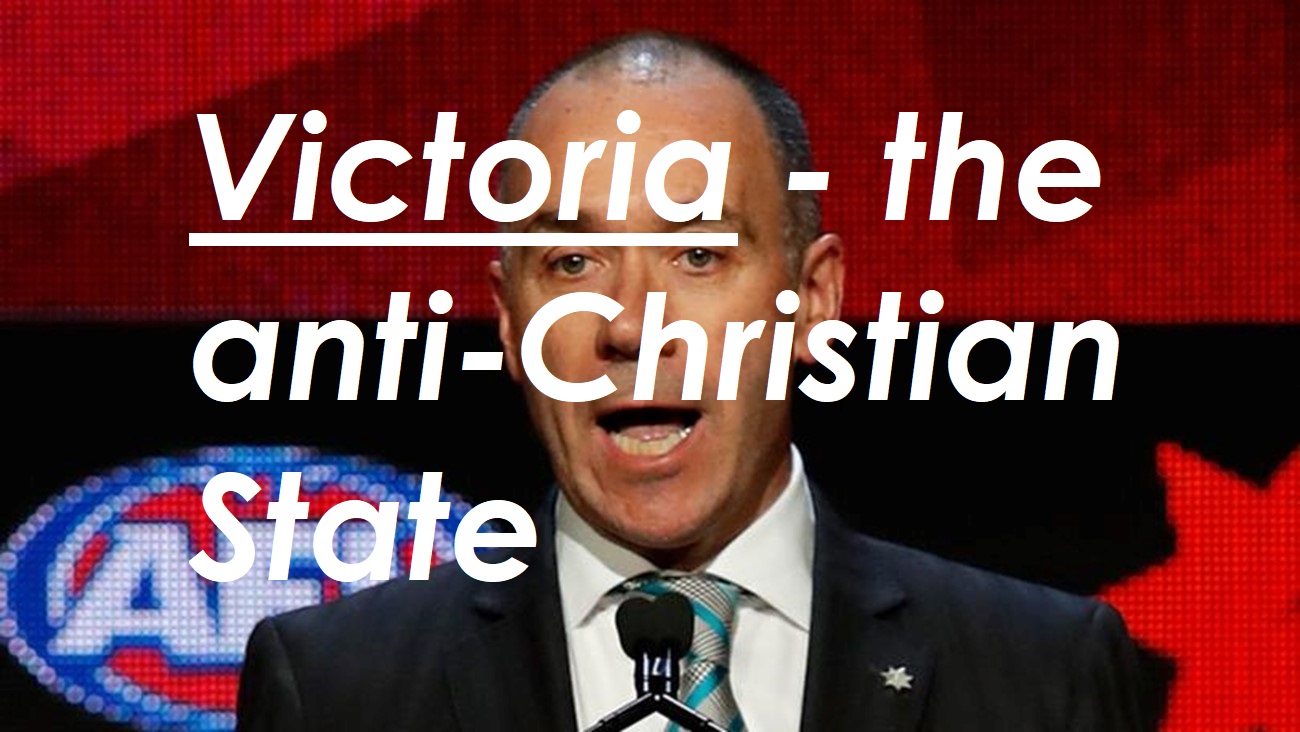 The resignation of Andrew Thorburn as CEO of Essendon Football Club after just 24 hours is a shocking reminder of how far the state government is prepared to go in its endemic persecution of Christians. Victoria has become the state where “Christians need not apply.”

Within hours of Andrew Thorburn being appointed, media discovered his connection to Anglican movement City on a Hill, which has strong biblical views about protection of life in the womb, one-man-one-woman marriage and sexual fidelity.

Despite a history of always promoting and living an “inclusive, diverse, respectful and supportive workplace” Mr Thorburn was forced out of Essendon. “They made it clear,” he said, “that my Christian faith and my association with a church are unacceptable in our culture if you wish to hold a leadership position in society … not tolerated or permitted in the public square.”

Victorian Premier Daniel Andrews poured fuel on the fire by describing Christian views as “absolutely appalling. I don’t support those views,” he said, “that kind of intolerance, that kind of hatred, bigotry. It is just wrong. To dress that up as anything other than bigotry is just obviously false.”

Prominent employment lawyer Josh Bornstein tweeted: ‘Religious belief or activity’ is a protected attribute under the Victorian Equal Opportunity Act. This means that an employer is required not to discriminate against an employee by reason of religious belief or activity,” prompting Victorian Equal Opportunity and Human Rights Commissioner Ro Allen to retort, “Good on Essendon for standing to their values.”

Strangely, the club’s website says they strive to be “the most successful, inclusive, and respected club in Australian sport both on and off the field.”

Upper House MP David Limbrick said the VEOHRC was "not independent" and that “VEOHRC and the Victorian government have failed to provide moral leadership when it comes to religious freedom.

“There is no evidence Mr Thorburn has said or done anything wrong,” he said. “This woke inquisition amounts to guilt by association, and I absolutely reject it. Hundreds of thousands of Victorians with religious beliefs must now be wondering if they are allowed to have a job in this state.

“It is true that private organisations, including religious ones, can choose employees according to their beliefs, but what concerns me is the divisive rhetoric of the government and their agencies led to a public witch-hunt.

“If you don’t believe people should have a job because of their religion, you are not into diversity or inclusiveness.

“The Premier should not be cheering it on, especially if he aspires to diversity."

The Premier and public service are possessed by anti-Christian sentiment and intolerance. Victorian Christians’ religious freedom, particularly in the workplace, is now virtually extinct.

Take a minute to urge your six local MPs to reprimand the government, and let them know that in November, your vote won’t be going to any party that persecutes people of faith.

Please note this campaign is open to VIC residents only.