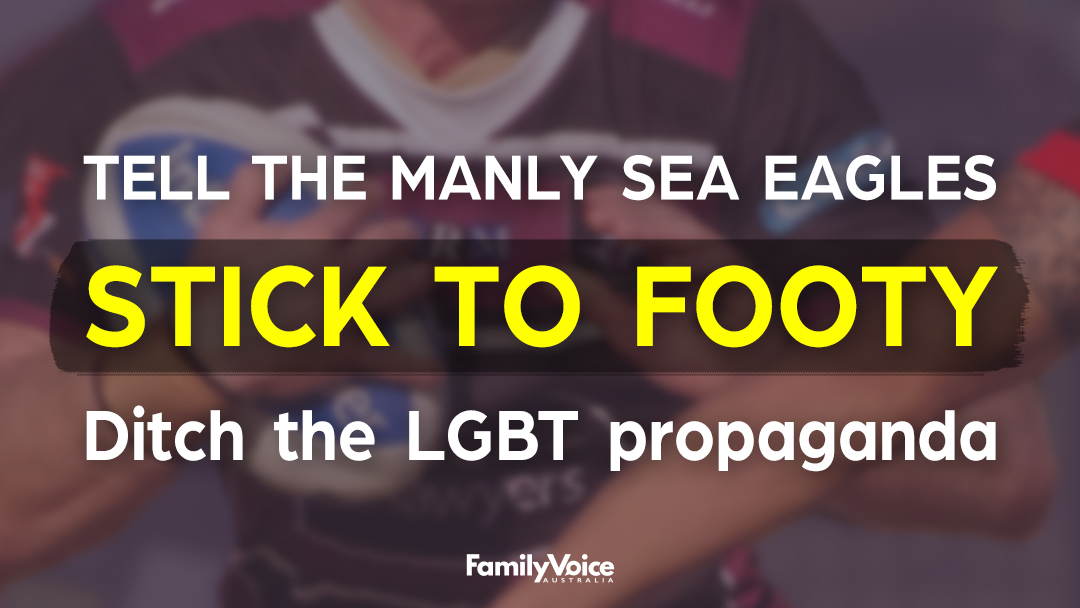 Embracing rainbow ideology has spectacularly backfired on the Many Sea Eagles.

The Sea Eagles were ninth on the ladder and were on the same amount of points as eighth when the Pride jersey fiasco blew up, but have now lost all four games they've played since and were awful at the weekend.

The Sea Eagles were thrashed again on the weekend 48-6 by the Raiders.

“And I don’t care what they say — that [the pride jersey fiasco] affected their season no end,” Gallen added.

Please send a quick message to the Sea Eagles telling them to put this sorry saga behind them and dump the toxic rainbow politics.