Keep opening the Senate with the Lord’s Prayer 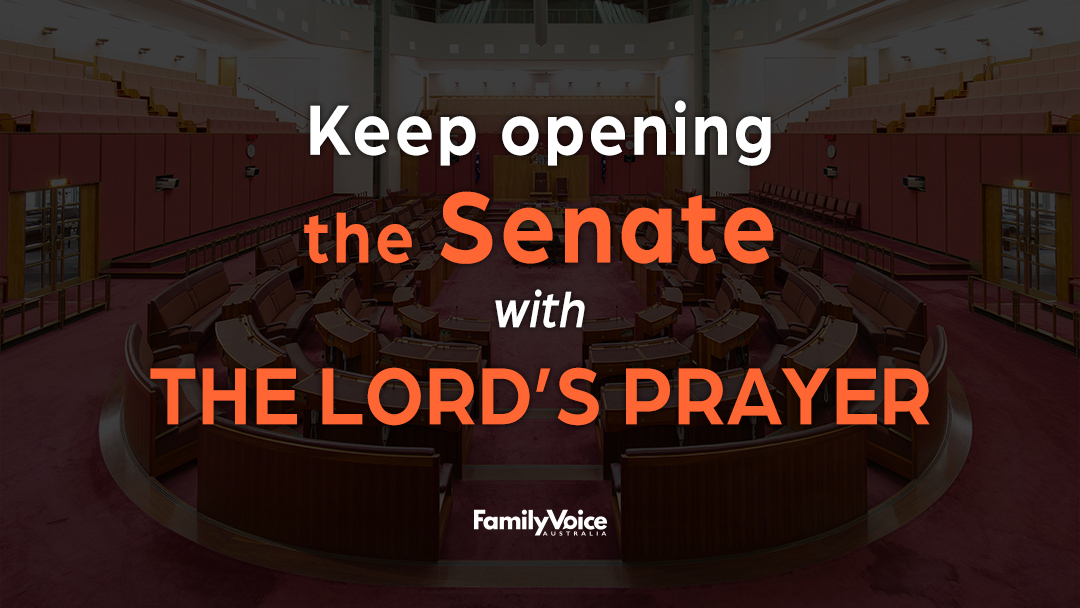 New Senate president Sue Lines says she would like to see the longstanding tradition of reading the Lord’s Prayer at the start of each sitting day “gone”.

As an atheist she does not want to say the prayer, which has been read by the presiding officers in the lower and upper houses at the start of each sitting day since 1901.

There have been several unsuccessful attempts to change the standing orders to replace the prayers with a personal prayer or reflection, including by former Greens leader Bob Brown in 1997.

We need to ensure that this is another unsuccessful attempt by those who do not respect Christianity and our successful past.

Please send a message to your federal senators to let them know that we want to keep the Senate being opened with the Lord’s Prayer.