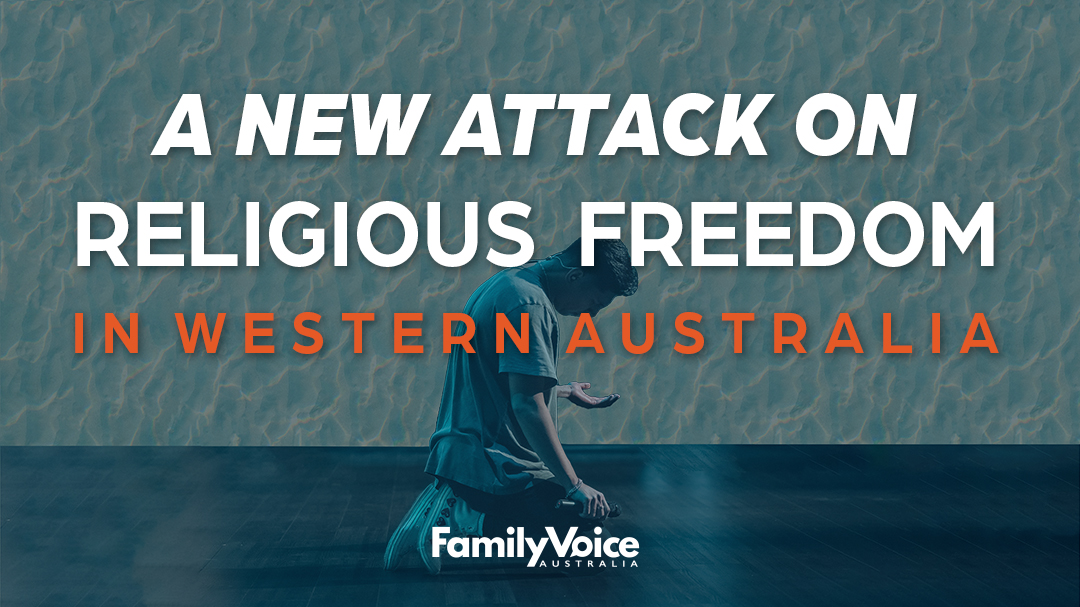 The WA Law Reform Commission is pushing changes to the Equal Opportunity Act 1984 (WA) based on Victoria’s anti-discrimination and anti-vilification laws.

The WA government has broadly accepted the proposed changes.

The proposals would require faith-based schools to prove that religious belief or activity is an essential requirement of the job for all hiring decisions.

In effect, WA courts and tribunals would be able to interfere with Christian schools and churches on the appointment of staff based on their faith.

The Victorian approach is so extreme that earlier this year the federal House of Representatives voted to override parts of the Victorian legislation via the shelved Religious Discrimination Bill.

Christian schools and churches must, under international conventions, be able to hire Christian staff. Politicians hire staff with consistent values, why shouldn’t schools be able to?

Please send an email to your MPs to oppose these anti-freedom, anti-care proposals from the Law Reform Commission.

Please note this campaign is open to WA residents only.