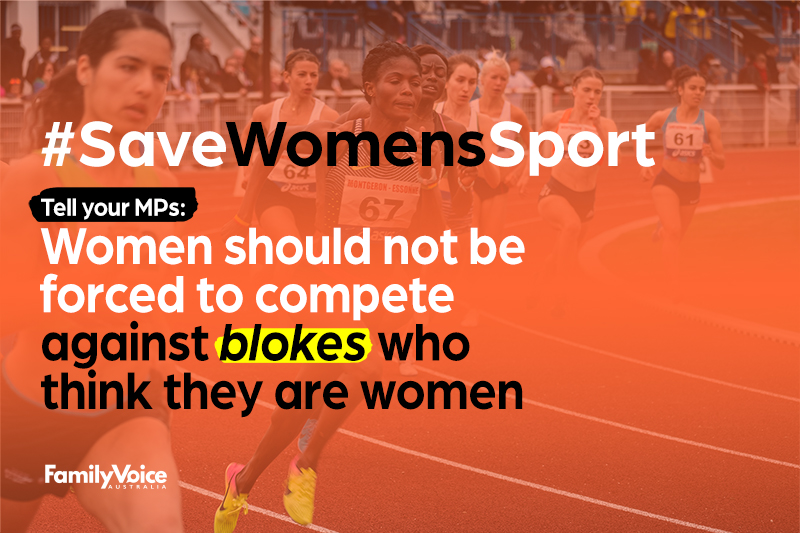 Senator Claire Chandler has introduced her Save Women’s Sport Bill into Federal Parliament.

As you may know, the Bill seeks to protect women’s sport by allowing single-sex sport – that is to say, making it permissible to stop blokes who think they are women competing against women.

As Senator Chandler said in her introductory speech:

It is unacceptable that Commonwealth laws threaten sports clubs and associations with legal action for offering single-sex sporting events and competition exclusively for females.

The Sex Discrimination and Other Legislation Amendment (Save Women’s Sport) Bill 2022 I am introducing today will make clear that single-sex sport for women is lawful, encouraged and supported by the Parliament of Australia.

Senator Chandler went on to say: “When the Bill comes to a vote, Parliamentarians will have a simple question to answer: Do you agree that women and girls have the right to play single-sex sport?”

With the Federal Election fast approaching, now is a great time to ask your MP whether they will be supporting the Bill or not.

Send a quick message below.