FamilyVoice Australia is a Christian voice promoting true family values for the benefit of all Australians.  Our vision is to see strong families at the heart of a healthy society: where marriage is honoured, human life is respected, families can flourish, Australia’s Christian heritage is valued and fundamental freedoms are enjoyed. 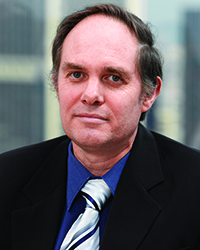 Peter Downie, BBus(Hons), CPA, is the National Director of FamilyVoice Australia. Peter has been married to Christine for 41 years and they have eight children. Peter was a Senior Finance Analyst working with BHP Steel for 31 years. He then established and ran a law firm, DL Legal, which he
has recently handed over to his son to run. During this time DL Legal has been able to help many Christians needing help in our secular-humanist influenced legal system. DL Legal represented Graham Preston in his battle against exclusion zones around abortion clinics. This case ultimately reached the High Court in a three-day trial. Other groups helped include Operation 513 street preachers, who faced opposition from opponents of the gospel.

Peter came to this role at FamilyVoice after sixteen years as National Treasurer.  He has also served on the Queensland Advisory Board, the Queensland Branch Committee and continues to serve on the Governing Board.

Peter has a strong commitment to family life, and to see families grow and prosper in Australian society. He is also keen to see Christianity free to proclaim its vital message to individuals, families and the nation, which will provide a positive influence in society. He aims to strongly promote our democratic and constitutional freedoms, enabling our nation to thrive in a climate of freedom, justice and equal opportunity for all citizens.

FamilyVoice Australia is a registered charity for religious purposes. It is governed by a board of people experienced and trained in governance from Business, Legal, Accounting, Church and Educational backgrounds.

The Board members represent State and sectoral interests and also come from a range of denominational backgrounds.

As a religious charity, we see our role is to provide a Christian voice to the public and political sectors on issues that have the potential to create negative impacts upon the family, the Church and society in general.

Further, to assist the various sectors of the Christian church to understand policy issues and trends of potential negative impact and how to engage in the most productive manner as citizens.