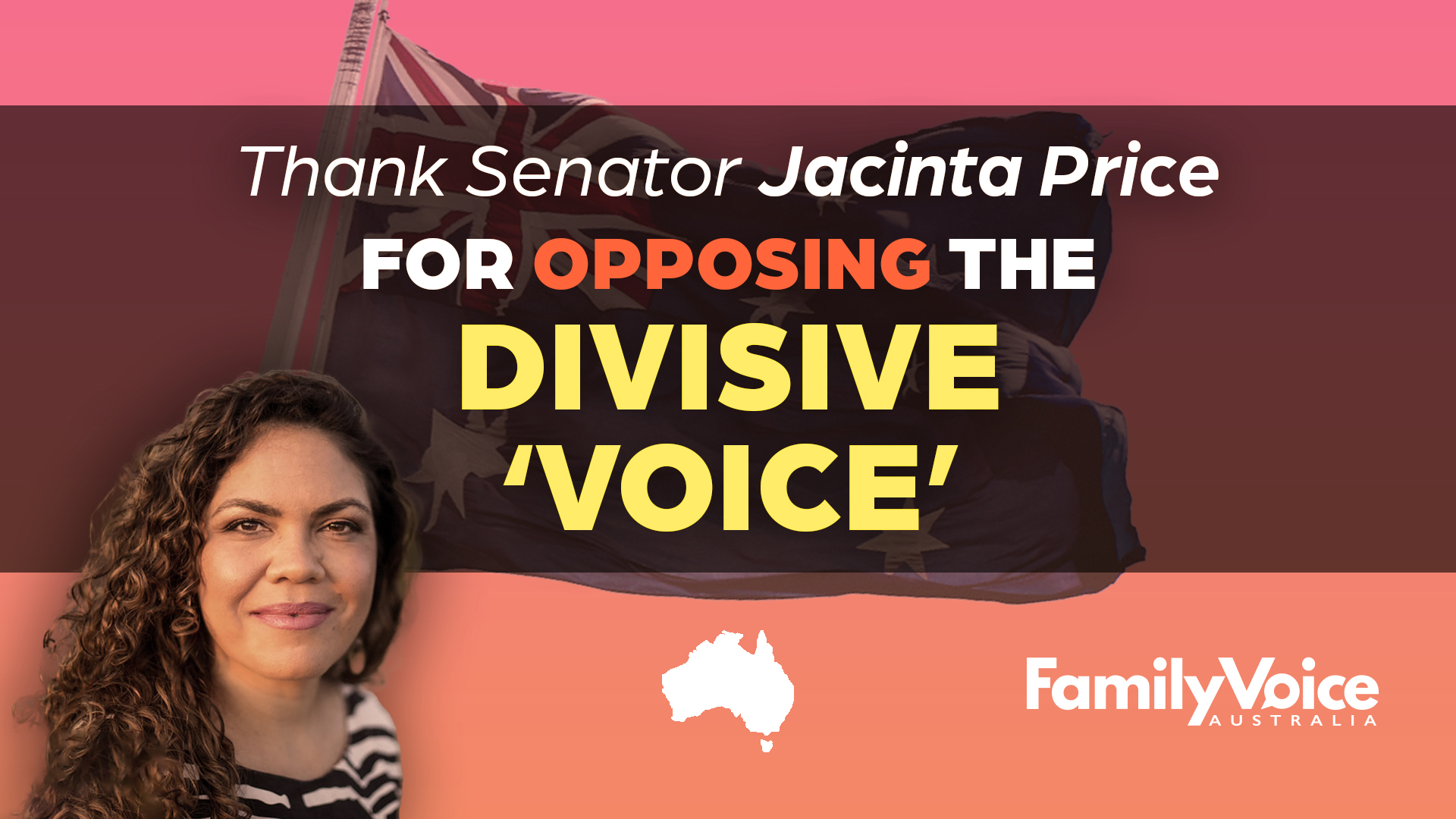 Senator Jacinta Price has come under sustained attack for opposing the divisive ‘Voice to Parliament’ proposal.

As Senator Price has rightly pointed out, the ‘Voice’ proposal would empower elites but will do nothing to solve practical problems facing indigenous communities (such as alcohol abuse and sexual offending).

“It's not racist to disagree with a proposal… that lacks detail and divides us on the lines of race,” said Senator Price.

“We are part of a liberal democratic Australia. And one of our fundamental principles is that we are all regarded as equal under the law. Despite race, despite gender despite anything else.

“… it is not right to divide us along the lines of race especially within our Australian founding document.”