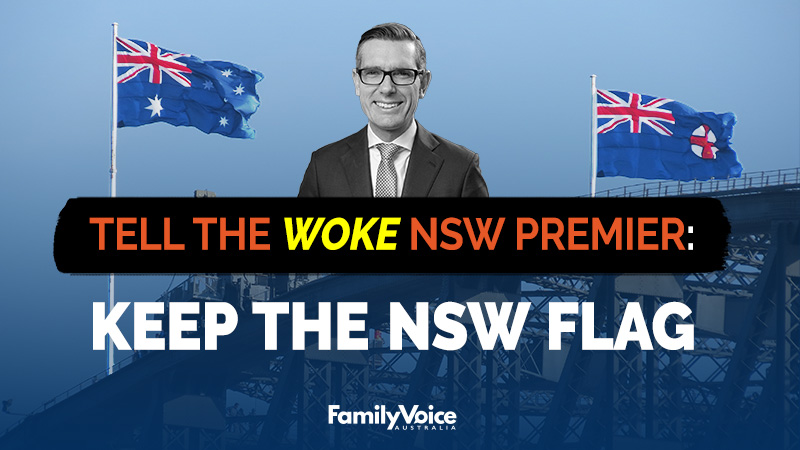 Woke NSW Premier Dominic Perrottet is pushing to have the NSW flag removed from the Sydney Harbour Bridge and replaced with the Aboriginal flag.

It comes after his push to add the Aboriginal flag to the Sydney Harbour Bridge in addition to the Australian and NSW flags was costed at an eye watering $25 million to install a new flag pole.

This is rightly too much money but it should never have been canvassed in the first place.

However, instead of ditching his plan to fly the Aboriginal flag, Perrottet will now remove the NSW flag. That’s right, the flag of the state he is supposed to represent!

Send a quick message now to the NSW Premier telling him to keep the NSW flag on the Sydney Harbour Bridge and to instead ditch the woke identity politics.