Never forget we fought for freedom 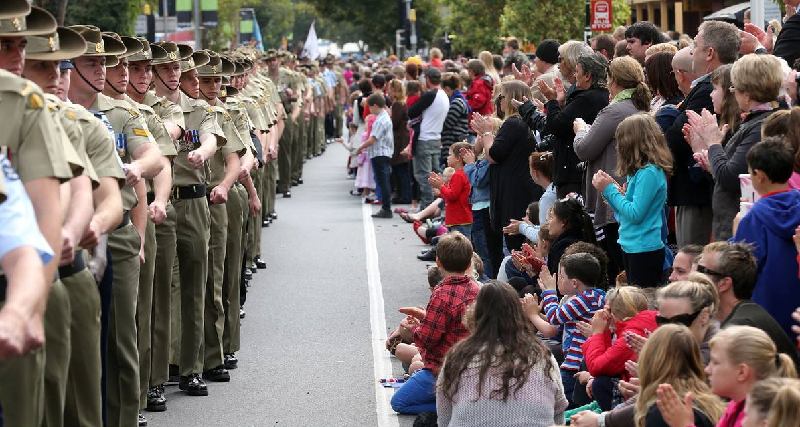 A few years ago, a survey asked about the biggest influence on Australian National Identity.

“Many people throughout Australia’s history have influenced the way Australians see themselves in terms of their identity as Australians,” the question began. “If you had to choose among [a list of groups], which would be your first choice as the most influential?”

The answer was overwhelming: 47% said The Anzacs.  The second most chosen group was Free Settlers at 17%, and third came Postwar Immigrants 14%.

Billy Hughes, Australia’s Prime Minister during the First World War, said in 1918: “We are fighting a life-and-death struggle. We are fighting for our country, for our liberty, and for economic independence.”  After the war, when unveiling The Tomb of the Unknown Warrior, he said: “They died that we might live as free men. They left us the legacy of liberty and a united Empire.”

Dr Bella d'Abrera, Director, Foundations of Western Civilisation Program at the Institute of Public Affairs, reflected on this fight for freedom after Anzac Day 2018:

The thousands of Australians who enlisted to fight in the First World War did so because they believed that their liberties were under threat. They fought for freedom and democracy...

The Australians who fought in World War I knew what was at stake and they knew that it was worth fighting for.

They knew that the defeat of Great Britain and France by Imperial Germany could carry serious consequences for Australia.

They knew that the values of liberty, inquiry, toleration, religious plurality and economic freedom were under threat. They were fighting to keep the rule of law, that broad set of principles vital to the order and stability of society and which is one of the most effective guards against the wielding of arbitrary power.

They were fighting for the notion of a liberal democracy and the right to vote. Prime Minister Hughes was unequivocal in his contrast of German militarism and Australian democracy. “We fight not for material wealth, not for aggrandisement of Empire, but for the right of every nation, small as well as large, to live its own life in its own way. We fight for those free institutions upon which democratic government rests."

Schoolchildren lay a wreath during Warnambool's Anzac Day parade in 2013

Today, in Australia and much of the Western World, we find ourselves in the midst of a different kind of war – a cultural war.

Woke activists are trying to divide us in every conceivable way – by race, sex, gender, sexuality, age, ethnicity…  People are being vilified and sacked for exercising what should be their right of freedom of speech.  Think of Margaret Court, Israel Folau, Peter Ridd and others.

We need to remember the words of Jesus: “If a kingdom is divided against itself, that kingdom cannot stand.” FamilyVoice is committed to uphold the fundamental freedoms for which our forebears fought.