The story behind Thomas the tank engine 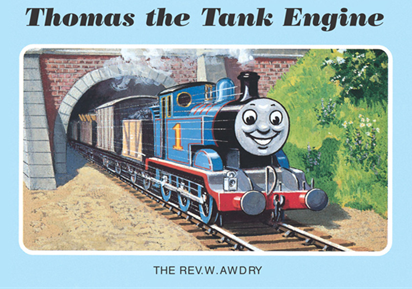 I was inspired to write this week’s email by an article in the Eternity newspaper by David Furse-Roberts.

The article was headed: Thomas the Tank Engine’s creator: Teaching children to laugh and see God.

Few people realise that the popular children’s stories about Thomas and his friends were created by a Church of England vicar from the south of England – whose three abiding loves were God, children and railways.

That “puff puff pastor” was Wilbert Awdry – named after his uncles William and Hubert – who was born in Hampshire in 1911.

After graduating with a BA, Wilbert trained for the Christian ministry in Oxford’s evangelical Wycliffe Hall. He then spent three years teaching in Jerusalem, where the land of the Bible came vividly alive.

He was ordained in the Winchester Cathedral 1936 and married Margaret, whom he had met in Jerusalem, in 1938. They went on to have three children – Christopher, Veronica and Hilary.

As a boy, Wilbert had lived near a railway line, beginning his lifelong fascination with steam trains. So when two-year-old Christopher was ill in bed with the measles, his father soothed him by telling stories about humanised steam engines.

Young Christopher loved the stories but was a stickler for detail. He complained that the tales were a little different each time Wilbert told them. So Wilbert wrote them down. His wife, noting the scarcity of children’s books at the time, urged him to seek a publisher.

“Despite several rejections the doughty clergyman persevered and his book was eventually accepted,” said David Furse-Roberts.

The moral themes of the Bible came to life on “Sodor“– the fictional island created by Wilbert off the English coast.

“Life there was not all rosy… The engines often exhibited the familiar human traits of pride, envy and contempt for ‘outsiders’ such as Bertie the Bus and Terrance the Tractor,” David said.

It was not long before the vicar’s stories about Thomas and his friends, along with the Fat Controller, became a runaway success. They sold more than 50 million copies in Britain and abroad, before enjoying a new lease of life on TV from the early 1980s.

“Awdry envisioned a universe that remained fashioned by a good and loving creator,” David said. “While the ‘Fat Controller’ was often a figure of fun, the portly gentleman of Sodor represented a firm yet kindly father-figure that had the power to reward and punish his engines.

“In the world of Sodor, there was always redemption and forgiveness. Offending engines were disciplined for wrongdoing but never scrapped. With the Bible replete with stories of God always giving his people another chance – from Yahweh’s forgiveness of King David to Jesus’ restoration of the Apostle Peter – the grace of the gospel was never lost on Awdry and his railway tales."

Towards the end of Awdry’s life, his biographer asked how he hoped to be remembered.

The old vicar replied that he “helped people to see God in the ordinary things of life, and made children laugh”.