Who is teaching our children about sex? 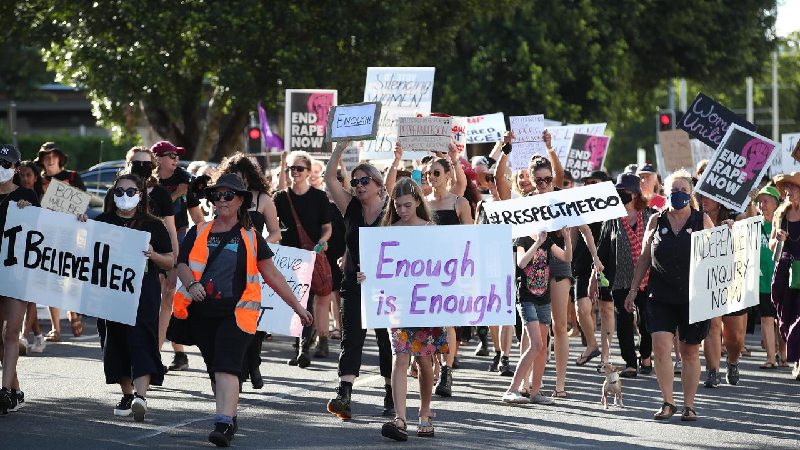 You may have seen TV images of the thousands of women and a few men in our capital cities on 15 March.

They were calling on men to change their attitudes and become respectful of women. They wanted governments to ensure that schools teach young people about the need for sexual consent.

Good luck with that.

“All the best intentions and efforts cannot compete with the world biggest department of education: pornography. If we don’t address pornography’s conditioning of boys, which trains them to accept rape myths — that “no” in fact means “yes” — and which normalises aggression, coercion and domination, [girls and young women] don’t stand a chance.

Research, some of it quite recent, backs up Melinda’s words. Viewing pornography can lower men’s relationship satisfaction – and lead to increased rates of relationship breakdown and divorce. When a male is addicted to pornography, his partner is likely to experience body shame, reduced intimacy, and pressure to perform unwanted acts.

In short, pornography teaches violent attitudes and behaviours to both adolescents and adults. It is effectively a rape manual. And as Melinda says, it is the major sex educator of Australian children. The majority have viewed it from their early teens – on their own smartphones or those of their friends.

If you have been a long-time FamilyVoice supporter, you probably already knew this. Our founding chairman, clinical psychologist Dr John Court, did some key research in the early 1970s.

He found serious flaws in an earlier Danish study that claimed pornography “reduced sex crimes”. He went to Denmark in order to personally inspect police crime reports from before and after legalisation of pornography in that country.

But serious sex crimes such as rape increased significantly.

So what is the answer to this very serious problem? Merely telling school children to stay away from violent pornography, as some “experts” advise, doesn’t appear to be working!

Peter Stevens, our FamilyVoice Victoria Director, is taking a different approach. For some years he has been urging federal MPs to back legislation mandating a “cleanfeed” internet service by all providers.

This would mean that service providers would block harmful content including pornography, gambling, suicide and terrorism promotion unless adult customers specifically request it. The legislation would mandate age verification software to prevent access to those sites by those under 18.

“A ‘cleanfeed’ system would not be foolproof,” Peter says. “But it would be a big step in the right direction.

“We’ve received positive responses from government members, but we are still waiting for real action.”

Please make this a matter for prayer!