Tell Scott Morrison: Side with Christians – not Rainbow activists 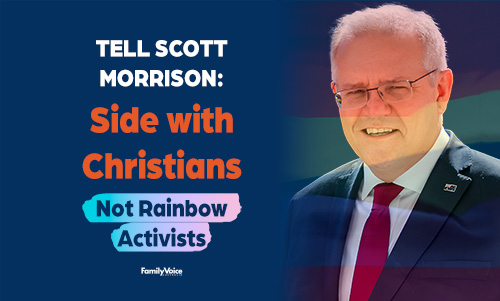 Religious freedom is a fundamental human right. This includes the ability of Christian schools to operate in accordance with Christian values, including who they enrol as students and who they employ as teachers.

But Scott Morrison has caved into Rainbow activists and said that he will legislate to limit the ability of Christian schools to determine enrolments around matters of gender and sexuality.