Thank Scott Morrison for standing up to trans ideology 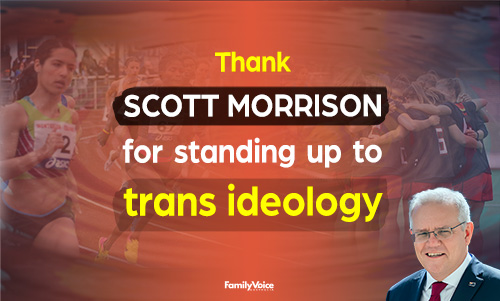 We have some great news to report.