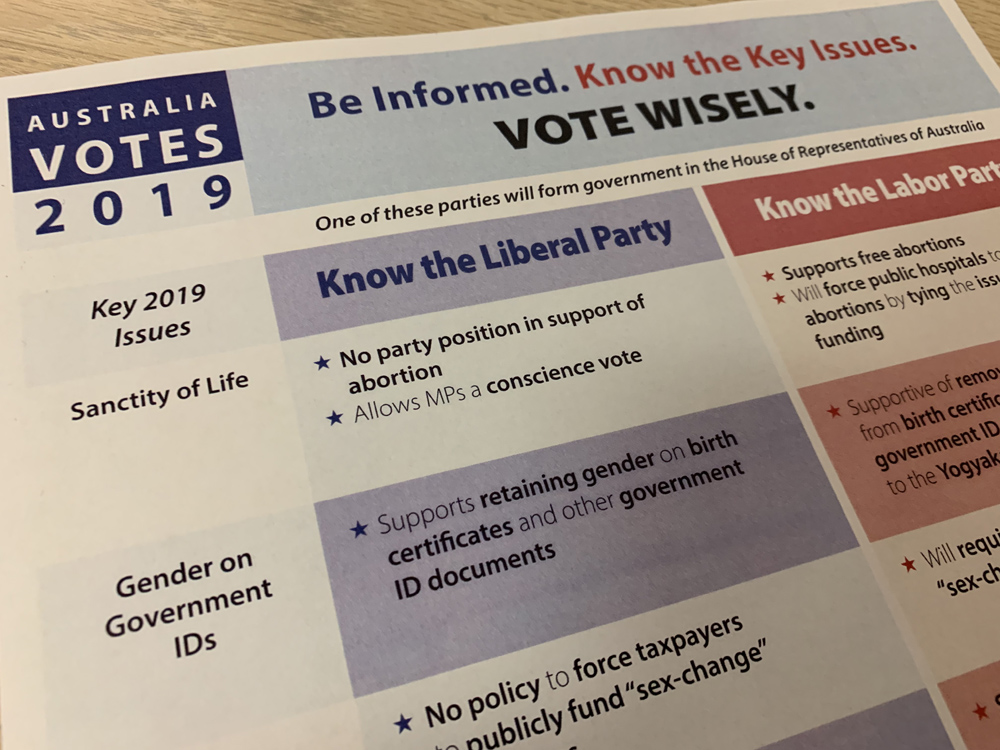 The 2019 Federal Election is right around the corner and once again, like other federal elections, one of the two major parties will form government in the House of Representatives of Australia.

Whichever one ends up holding power will ultimately decide how important matters of family, faith and freedom are approached.

That's why FamilyVoice's Communications & Media team has released the "Know the Key Issues" guide to help you make an informed vote on May 18th.

This document is based on party statements, platform documents, policies and bills up to April 2019. In a few cases there may be differing statements from the same party. In these cases, we have considered what is being done by State governments at a State level as well.

"Our key message for the upcoming May 18th election is be informed, know the key issues and vote wisely. The key moral issues are so vital in this election," said FamilyVoice National Director Charles Newington.

"We encourage you to download our guide and share it far and wide with everyone you know who may be concerned about family, faith and freedom this election," Mr Newington said.

"And while we have produced this as a resource to concerned voters, this is by no means a "How to Vote" guide but rather a simple way of comparing where the Coalition and Labor stand on various matters of importance.

"We encourage you to prayerfully consider who you support and vote for this election and to email your local candidates asking them about their personal stances on key issues.

“We are keen to hear what responses you receive, so please feel free to email them to policy@familyvoice.org.au," he said.