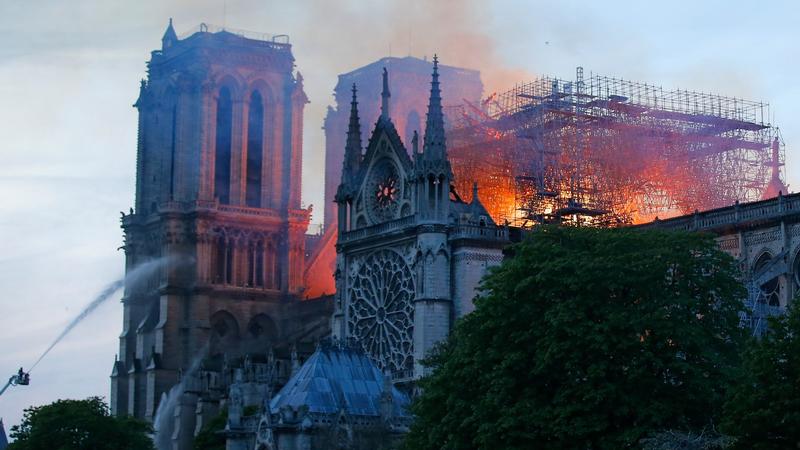 When something like this happens no words can carry the weight of loss to those who knew the building and loved it.

Not so long ago my wife and I were in France giving time to pray for the people of France and all whose mother tongue is French. We were standing silently praying In Notre Dame along this vein and when I opened my eyes another person was standing close to me deep in prayer.  When I read the reports of this fire the visual memory of this praying man returned to me. I don’t know what he was praying for, but for me, standing in that place praying for the people of France made the place (and the people) special in a personal way. A fire of faith was kindled.

A spokesperson for the Vatican expressing the sense of loss described Notre Dame as the symbol of Christianity in France. Symbols matter. Notre Dame reminded the nation (and the world) that the roots of the nation are steeped in the faith of many generations. A young country like Australia sometimes feels empty of such enduring symbols built to the glory of God. But they are there for those who go looking for them. They speak of a time when the urban skyline was defined by buildings to the glory of God. Now our skylines are very different as are the intellectual horizons that envision them – much more immediate, much less transcendent and enduring.

Cathedrals around the world are seeing increasing numbers of visitors. I suggest it is a response to secularism’s desertification of society and the growing longing for an oasis for the soul. I’m not cynical about the tourists’ quick walk through, following a guide on autopilot. Many go not knowing what they will see or find but something of God always drops quietly into the searching heart.

Protestants in earlier times were offended by the idolatry of Catholic churches – and with some justification. They were determined to build churches that were free of embellishments and not distracting to the worshiper. In so doing they unintentionally banished faith from the imagination and corralled it in the intellect. All would be well if the lives of believers were clothed with the fire of Christ’s love, but sadly sometimes we are concerned with fighting some lesser fire.

So now as we watch this ancient symbol burn… let us pray for France and for ourselves – that the true fire of the Spirit may consume the consumable leaving us like Moses’ burning bush – on fire but not consumed.