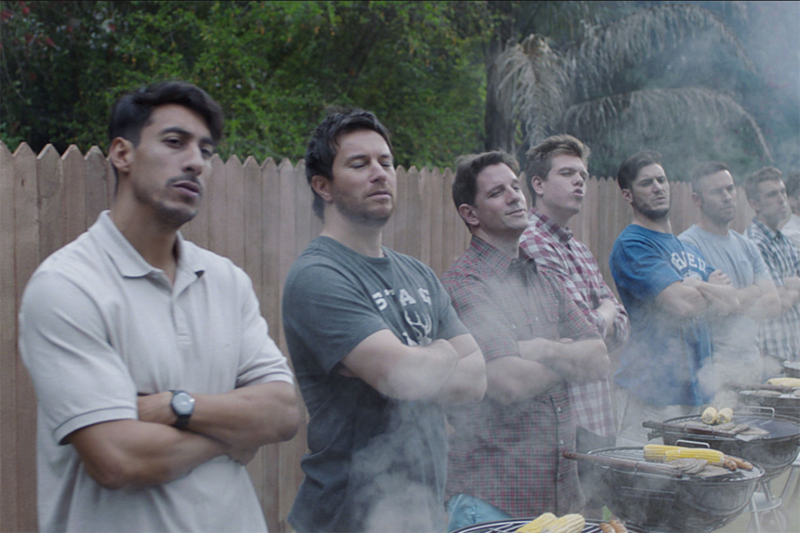 Proctor and Gamble is under fire for a Gillette ad pushing men to shave their “toxic masculinity”. The ad depicts men getting into fights, standing in front of barbecue grills, and verbally harassing women. The ad, dubbed “We Believe” also heavily features news clips discussing the recent #MeToo movement.

The once popular razor blade maker has hemorrhaged market share in recent years.

A decade ago, Gillette controlled about 70 percent of the U.S. market. However, last year, its market share dropped to below 50 percent, according to Euromonitor.

In an effort to salvage its plunging popularity, Gillette has jumped on board the #MeToo movement. However it makes unproven assumptions about what is going wrong. It assumes men are present and are guiding the lives of young men who commit crimes and who act in a sexist manner.

Many people are finding the ad offensive, as it paints with too broad a brush.

Certainly, when men (or women) do wrong, such behaviour should be called out.

But while it shows some men responding positively to misbehaviour, the ad comes off as a smear against all men, because it blames masculinity itself as toxic rather than asking what selfish men are imitating.

The lack of present or interested fathers, plus male teachers vanishing from schools, produces ever increasing aimlessness of each new generation of men.

Society must also ask itself why so many children are being raised in fatherless households. That is a problem created by men and women – since “it takes two to tango”.

Wider society must re-assert the value of commitment, as it is not only razors which have become disposable. Marriage and family are now routinely trashed.

What does a real man do? God our Father tells those who are courageous enough to humbly listen.

Boys and men need courageous and sacrificial masculinity – what super hero cartoons are based on –  the selfless love of Jesus, God the Son, who gave up His life for a lost humanity. In the New Testament men are instructed to lay down their life for others, especially their wives.

It is not surprising that the ad was ridiculed by disgusted customers who say they will no longer buy Gillette products.

Men must return to the image God made us to be: like Jesus, full of grace and truth, compassion and conviction. We are to be meek with bold strength under self-control, He says in Matthew 5.

Only Jesus can produce that kind of strength in us. We need Him.

Darryl Budge (B.A. Justice Studies) serves as FamilyVoice's Western Australia Director. He has written in Christian media for 14 years, helping God’s church reach out through real life stories.  He also leads the Communications Team developing publications and responses to issues that arise in the nation.

Caleb Stephen manages the Digital Communications department of FamilyVoice Australia. With nearly a decade of experience in grassroots political activism, undercover journalism and news editing, Caleb is passionate about enabling young Christians to be an unashamed voice for change.