The Rainbow Police reign at Aldi 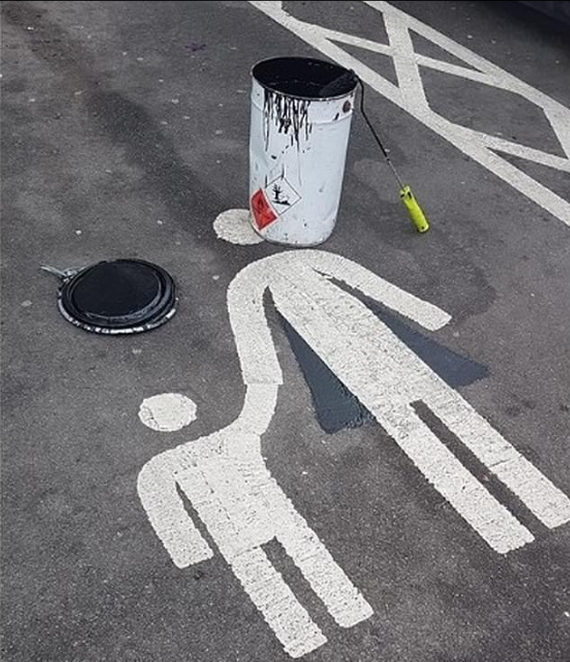 In a super PC move, Aldi has painted over the dress on a car parking figure in case it risked offending “gender neutral” persons.

Ema Taylor, who noticed the change at a UK Aldi store, said:

“It's ridiculous. It's gone from being a stick woman to now being a superhero, it's a bit laughable.

“Mums do actually have to give birth to these children so I think I've earned my right to have a picture of me painted in the mother and baby parking space.

Aldi responded to the incident by stating that: “All parent and child car parking spaces at Aldi stores are gender-neutral. This sign was painted incorrectly and will be changed.”