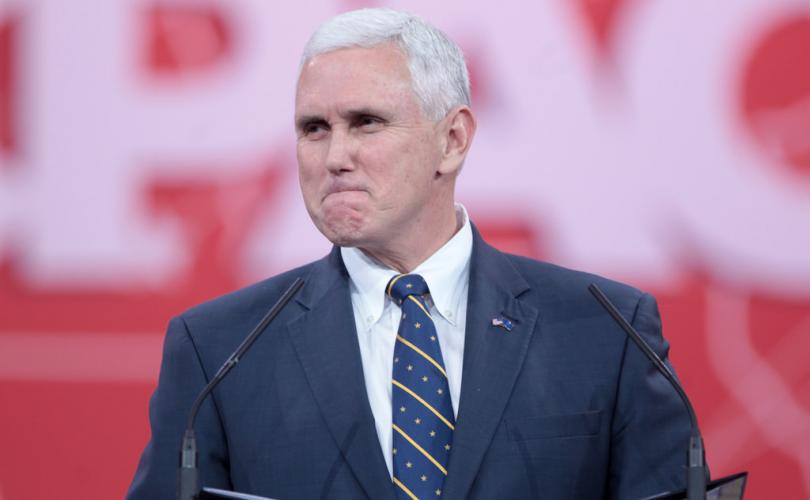 US Vice President Mike Pence has penned an op-ed for the National Review slamming Democrats for their extreme abortion stance.

Pence wrote about the shocking admission from a Virginia state politician that a bill she sponsored would permit abortion during active labour and how Virginian Governor Ralph Northam took an even more extreme abortion stance.

[Governor Northam] tried to reassure [the bill’s] opponents that if a child survived an abortion, “the infant would be kept comfortable. [And] the infant would be resuscitated if that’s what the mother and the family desired, and then a discussion would ensue.”

There’s another word for this: infanticide. And it is morally reprehensible and evil.

Pence noted how the Virginia bill came hot on the heels of the barbaric New York state bill, which allowed abortion up until birth and whose passing was followed by ghoulish celebrations, including the lighting up of One World Trade Centre.  Pence stated that:

This shameless embrace of a culture of death is startling to every American who cherishes life.

Pence also noted that only a handful of countries, including China and North Korea, allow late-term abortions.

Pence finished his piece by stating the Trump administration strong stance for life:

Our commitment to the unalienable right to life is as sure as the stone in which those names are etched. And our administration, and our movement, will continue to fight until our nation once again recognizes and celebrates the sanctity of all human life.