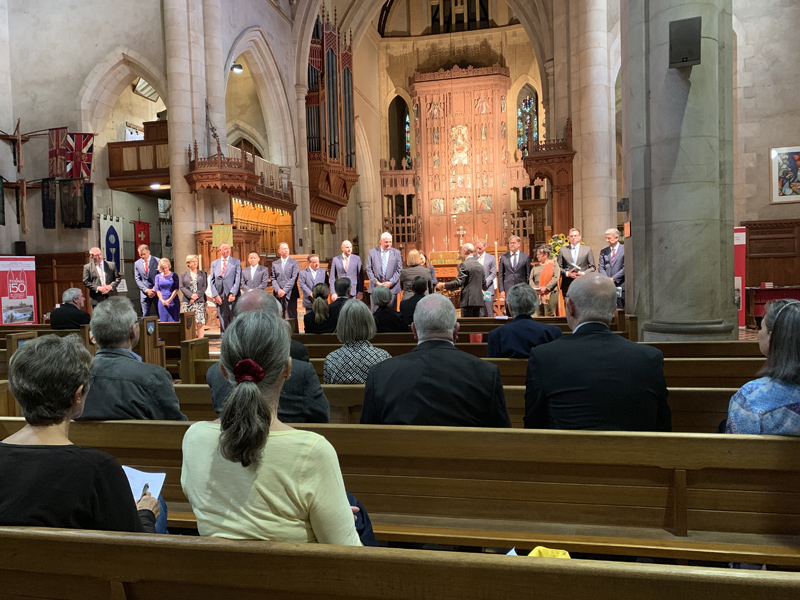 FamilyVoice team members in Adelaide connected with MPs, civic authorities and Christian leaders this week, during a service at St Peter’s Cathedral that highlighted the start of proceedings within the South Australian Parliament.

Officiating at the service held on 12 February, former Premier Lyn Arnold (in his new role within the Anglican ministry) commended interactions between the churches and the Parliament.

Sixteen State MPs attended the service and received prayerful support from Christian leaders who presented each MP with a book of Christian devotions.

The presentation followed a stirring sermon by Rev Peter Zwaans who emphasised the dangers of self-centred politics as he described King David’s sinful purpose of holding a census to assess his own power and capacity.

“Only the fighting men were counted,” said Peter Zwaans. Women, children and the marginalised did not figure - but the disastrous consequence affected everyone, he noted.

The value of a census should be to meet the needs of the community, especially its most vulnerable, he said, “including those in the womb”.

His advocacy on behalf of unborn had special relevance at the opening of parliamentary deliberations, since MPs at some point this year are expected to debate a bill that would legalise abortion throughout the entire term of pregnancy and prevent prayerful ministry outside abortion facilities.

FamilyVoice hopes to alert the Christian community concerning how best to respond in defence of the unborn, when debate on that issue draws closer - so the concern of God’s people is timed for maximum influence.