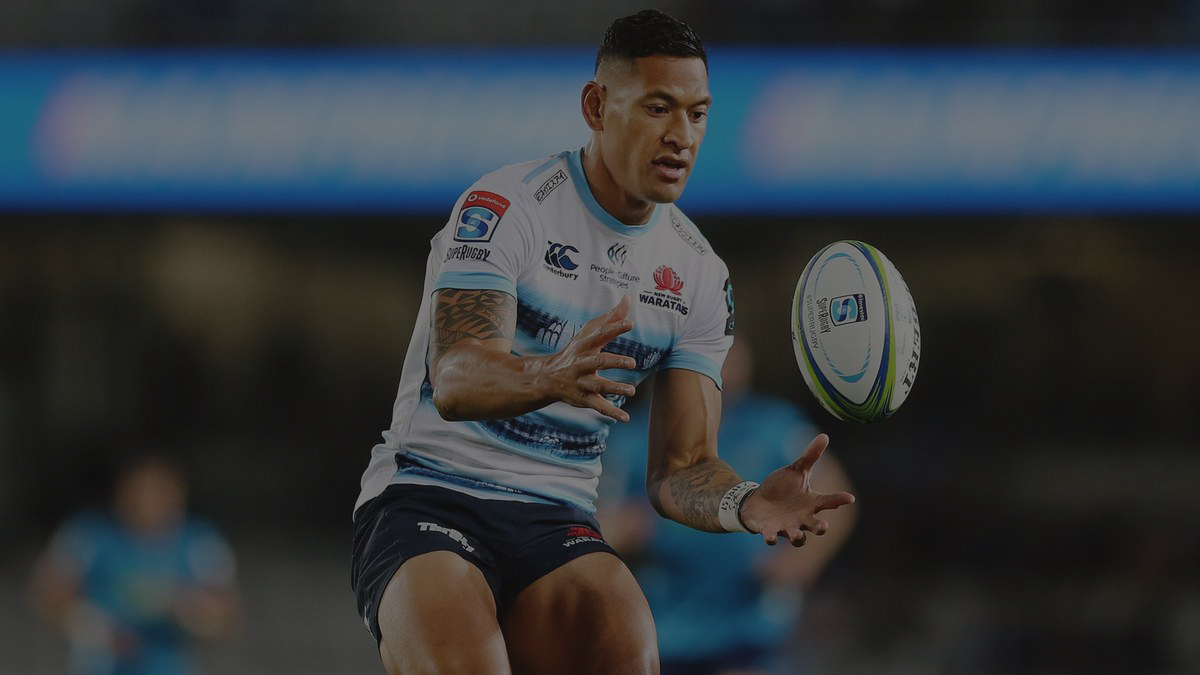 Izzy’s Instagram page has one main message – be an outspoken Christian at a time when the thought police are working hard to shut down free speech.

He is pushing the envelope – being public about what he really believes the Bible teaches about the dangers of a sinful life – the full range of behaviours that wreck people’s lives, not just gay marriage.

He has put his faith in Jesus first and is fine with his rugby contract being ripped up. He’s such a super-star expect to see him playing somewhere in the world on a huge contract – and maybe even wearing another nation’s strip and ripping big holes in the Wallaby backline…

This is what free speech looks like. It is controversial and even offensive. It has consequences like losing your job and maybe even landing up in court. What Izzy posted is provocative but it’s nothing compared to some of the comments people make on his page.

And more widely, Christians are being characterized as the most bigoted and intolerant people on the planet. Some of us are bigoted and outraged that our rights are being undermined. It’s a bit uncomfortable but that’s what a free society and free speech looks like. This idea that the only people who should have a right to make public statements are those trained in a left-leaning university is truly ridiculous.

We are becoming far too sensitive – too quick to use words like ‘furious, outraged, incensed’ and ‘offended’.   A free society is not easily outraged. It values true diversity and works hard to maintain the basic social structures in which robust dialogue can produce productive change. The alternative is for the State to seriously limit free speech and freedom of religion which is a whole lot worse than Izzy Folau’s one-man mission to remove any doubt about what the Bible says about sin.

So it’s more important to defend our society’s long-standing commitment to free speech than to search the dictionary for new ways to say how angry we are.

A final comment – while I might not have been quite so incisively blunt as Izzy Folau, I’m thankful he values what Jesus has done in him and for the world more than his four million dollar contract with Rugby Australia. That’s big. RA pay him to play rugby but that should not mean they own his soul.  We need more people who place their faith above their fortune, because money is a useful servant but a terrible master.  Onya Izzy.