Keeping Track of Your House of Reps Ballot Paper 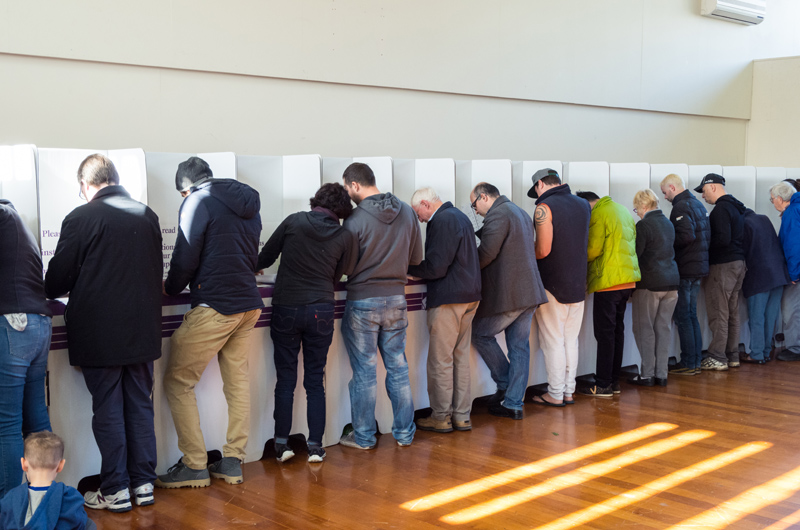 After dodging the enthusiastic partisans who wave a multitude of how-to-vote cards, the voters in polling booths across our nation must complete their House of Representatives ballot paper and their Senate voting form. But then what happens?

In this short article, FamilyVoice Australia National Secretary David d'Lima describes the journey of your green House of Representatives form, once it disappears into the dark recesses of the ballot box.

After Australian citizens have dutifully considered their verdict, and once we have reached the close of voting on election night, the completed ballot papers are sorted by officials of the Australian Electoral Commission according to the first preference (the number 1) listed on each.

If the pile of ballot papers for one candidate is more than 50% of the total, that candidate is clearly the person preferred by the voters and wins the seat.

Generally that doesn’t happen, in which case the candidate with the fewest votes is eliminated from the count, and the pile of ballot papers with a number 1 given to that person are allocated to other candidates’ piles of ballot papers, one paper at a time, according to the number 2 preference on each.

If at that point one candidate has reached a majority of the total ballot papers, that candidate wins.

But what about voting 1 for an obscure minor party or little-known independent candidate? That certainly is a way of supporting someone who holds a brave and admirable ambition to make a difference, even if it is clearly not a winnable attempt.

But since any party gaining more than 4% of the primary vote will receive $2.76 in public funding for each primary vote, every voter who does not vote 1 for a major party effectively deprives that party of that sum of money. Hence each vote for a minor party has funding implications for the major players.

Voters who are less than pleased with their favourite major party, in a seat that will "go to preferences" could subtly punish it by giving it the number 2 preference ahead of some obscure candidate, while effectively voting for the major party.

That possibility is a fascinating undesigned feature of the voting system.

Nevertheless, as we exercise the secret ballot here in Australia, your motives, intentions and preferences are between you and your conscience - but always under the gaze of Almighty God who is the one true law-giver, and on whose behalf we hopefully provide good stewardship as citizens both of heaven and on earth.