Lord mayor for truth or for the mob? 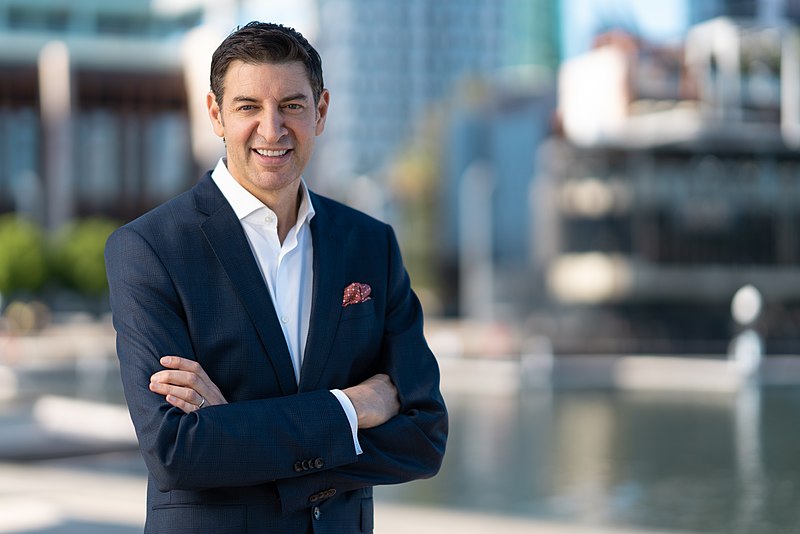 What Zempilas said to his show co-host Steve Mills was what science and biology has concretely stated for millennia: “If you've got a penis, mate, you are a bloke. If you've got a vagina, you are a woman. Game over.”

The result of this personal opinion? Perth’s LGBTQ+ community have responded with an intolerance that has gone into overdrive.

Zempilas’s comments remind me of meeting with Brian and his wife June* in 2013. A pastor had referred the couple to me with the simple words, “Another gender trauma. They’ll need more hours of care than I can ever give.”

When we met, June remained silent, emotionally paralysed, eyes vacant. Brian took over two hours to share his story, crying profusely at times in my arms, soaking my shirt with tears and mucus.

He had been questioning his gender. His doctor referred him to a psychiatrist who swiftly wrote him a script for female hormones. Within weeks he yearned to change his body. He was then told that he would have to wait up to two years for gender reassignment surgery. Seeing his pained desperation, and out of love for her husband and her own desperation not to lose him, June agreed begrudgingly they should find a hastier solution.

Weeks later, they flew abroad and paid handsomely for Brian to have his male genitalia removed. Only once they flew home did reality strike. Brian’s angst wasn’t related to his body, but began to manifest as being related to unresolved emotional and environmental challenges that had affected his mental state and had grossly undermined any sense of his own manhood and masculinity. No clinician had taken the time to diagnose such glaring reality.

Post-surgery, medics then did everything to keep persuading him he was truly a woman. But even without male genitalia, nothing could change the XY chromosomal imprint on every cell of his body, backing up researchers’ findings that there are 6,500 genetical differences between the sexes.

Legislators and regular clinicians, all paid for by the state, had kowtowed to so-called contemporary science which, incidentally, has been shaped by none other than the pro-trans lobby, and all of them were part of the insidious fabrication that Brian could be a woman. No amount of makeup, cross-sex hormones, mutilating surgery, and facial reconstruction can change a man into a woman. “Game over,” as Zempilas truthfully stated.

I lost contact with Brian, and with June. I often wonder if he, like so many other gender questioning people who become lifelong slaves to Big Pharma and who undergo the knife, has taken his life out of increased desperation following the lies he was fed that encouraged irreversible action which in turn stripped him of any remaining sense of the true masculine.

Today, I assist in picking up the fragmented young lives that continue to be lied to and misdiagnosed in our gender clinics. No wonder ideologues are pushing to bring therapy bans into law around human sexuality and gender. LGBTQ+ lobbyists and their clinical and political allies should rightly be frightened of being lined up to be sued in years to come once enough adults wake up to the malevolence inflicted upon them in the name of benevolence.

So, what type of society do we want to build in Australia?

Do we want to see women sued for refusing to wax male genitalia?

Do we want every biological schoolgirl to suffer and never again win gold in school or club sport because of the increasing presence of trans-females (not genetic females) in women’s sport?

Do we want kids to question their gender, which long-term can lead to mental health crises and suicidal ideation, all thanks to ideology encouraged by local government as young minds are shaped through books read to them in local libraries by drag queens, or books pushed by WA’s Inclusive Education?

Do we want to go with state and territory laws that permit minors aged 12 and over to seek a certificate to formally change their gender, often without parental consent? (Yes, the ACT Assembly just covertly passed this law behind the backs of parents. Wake up, WA!)

Welcome to the LGBTQ+ agenda which hides, lies, undermines, twists and perverts whatever needs to be done so as to completely smash heteronormativity. I know this firsthand. For years I served this agenda myself as a frontline gay activist.

And let me state an opinion which many people think but are still afraid to say: same-sex “marriage” was never about two people of the same sex “getting married”. It was always about LGBTQ+ ideologues gaining legal permission to bully every stratum in society, and every non-conforming individual, Zempilas included, until freedom is desecrated and everyone is silenced beneath the rites of the fallen rainbow.

Welcome, Mr Zempilas, as you are rapidly discovering, to the most poisoned aspect of the mayoral chalice.

Australians still have a choice, but only just.

Either they can take sides and reject genetic reality, joining in with Perth drag queen Scarlet Adams  who, in Perth’s Court hotel hours after Zempilas’s comments, repeatedly sang, “F*** you!” to Basil Zempilas whilst ripping up pictures of Perth’s incoming mayor, as faux-men parade on stage brazenly showing off surgical scars from the removal of healthy female breasts. (I know, it makes every breast cancer patient weep inside.)

Or Australians can stand with age-old truths originally espoused by Zempilas, a popular bloke who not only thinks but to date has courageously spoken sanely like the majority of decent, educated and law-abiding Aussies. These truths are also espoused by many lesbians and gays who, as a new micro minority, are now also harassed, rejected and vilified by a macro minority of intolerant LGBTQ+ bigots just because they too refuse to embrace unscientific gender ideology. (Ever heard of J.K. Rowling?)

Oh yes, there really are gays and lesbians who believe that only men can be men and only women can be women. To believe this is not anti-gay, or phobic, intolerant, bigoted, hate-filled, exclusive, and suicide-inducing as we are pressured to believe.

Which way will Zempilas lean? After his public apology to the trans community, will he forever be beholden as lord mayor to those who scream hatred at any difference of reasoned opinion, to those who will forever demand that he educate himself yet further still until he has helped to lead more citizens into their own stage tragedies, and possible suicides? Or, will he take the side of sensible citizens, including increasing numbers of same-sex attracted people and many tolerant medics who stand on science and yet are also continuously being silenced by gender-stupidity?

Brian and June, and the many other detransitioners I know, would say it is time for the majority to lean on Zempilas, the people’s mayoral choice, and to encourage him to save the “queer people 101” brigade from their uneducated, unscientific agendas.

Truth has a habit of winning out in the end. Time alone will tell the result.

* The names of the couple have been changed to protect their identities.