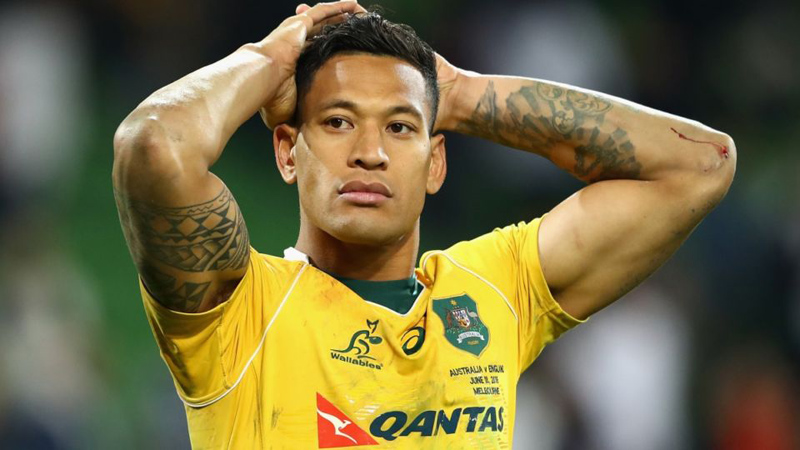 The athletic superstar has had his freedom of religion and speech restricted in a new four year rugby deal.

Israel Folau – who has played AFL, Rugby League and Rugby Union – has come under attack from cultural Marxists in recent years for his refusal to bow to LGBT ideology, instead using his huge public profile to promote a Christian view of human sexuality and family.

With great love i wanted to share this video in the hope that people watch it and think about it. Jesus is coming back soon and he wants us to turn to him through repentance and baptism in the name of Jesus Christ (Acts 2:38) please don't harden your heart https://t.co/PtDoPCQDco

The Sydney Morning Herald reported that tougher restrictions have been placed on what Folau can and can’t say as part of his new four year deal with Rugby Australia:

A private donor who funded a portion of his previous deal is no longer on board, there are social media clauses in his new contract, and he will pop up more than ever before at junior rugby camps and fan days, as RA learns to maximise his exposure among children and teenagers and minimise it among the game's largely secular, progressive and older fan base.

Commenting on his past year, Folau said it has been a “roller-coaster” off the field:

But, to be quite honest, it might sound a bit crazy, but I kind of really enjoyed what was happening off the field. Not that it happened on purpose, but my identity is based around my faith in God. And I truly believe that from deep down inside, what was happening off the field, even though it was challenging and it was hard, it was actually moulding me into the person [I am] ... and taught me a lot of things that I needed to learn, and I’m still learning now.