Sen. Chandler: "I am furious at the abuse of process" 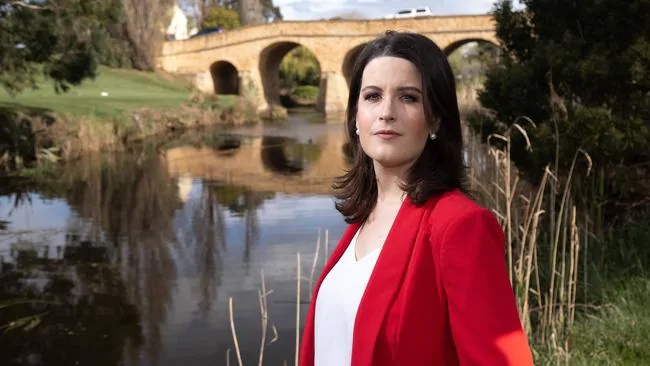 Our October OnPoint magazine features the extraordinary story of Tasmanian Liberal Senator Claire Chandler, so I thought I should update you on the latest news.

Last month, Tasmania’s Anti-Discrimination Commissioner Sarah Bolt ordered the senator to attend a “conciliation conference” with a person who claimed to be offended and insulted by a newspaper column she wrote in July.

The senator had pointed out the significant danger to women in contact sports from transgender women who, being born male, were significantly bigger and stronger. She also said: “Women’s sport, women’s toilets and women’s changing rooms are designed for the female sex and should remain that way.”

I believe most Australians would agree. But Sarah Bolt told Senator Chandler that these reasonable words were potentially “prohibited conduct” under Tasmania’s Anti-Discrimination Act.

Section 17 of this law says a “person must not engage in any conduct which offends, humiliates, intimidates, insults or ridicules another person on the basis of an attribute…” (including race, age, sexual orientation, religious or political belief and gender identity).

I’ve lost count of the newspaper columns that offended and insulted my political or religious beliefs! But I didn’t call the thought police.

On 30 September she said: “I have written to Tasmania’s Anti-Discrimination Commissioner to reiterate that I will not be withdrawing, retracting, modifying or apologising for my comments on women’s sport and women’s facilities…

“The appropriate course of action for the Commissioner to now take is to dismiss this complaint as vexatious, trivial and without substance…”

The Commissioner didn’t do that. Instead she required Senator Chandler to sign a confidentiality agreement that would have prevented her speaking about the complaint process. Senator Chandler refused to sign.

The complainant backed down. He withdrew his complaint. Victory!

On 1 October Senator Chandler wrote: “I have learnt this afternoon via the media that the anti-discrimination complaint against me has been dropped by the complainant. I am both relieved at this outcome and furious at the abuse of process which has occurred.

“If I had not refused to sign a confidentiality agreement, I would be currently sitting in a conciliation conference on the basis of a spurious complaint which the Commissioner had no legal authority to accept…

This is a victory for free speech, and I salute Senator Chandler for her courage. But the battle, which FamilyVoice has been waging for two decades, continues.

With your prayers and support, we can keep fighting!