David Robertson, a Christian minister in Scotland, has reported Scotland Police and the Scottish Government for committing a hate crime against Christians.

In an open letter, he wrote:

I have just fulfilled my civic duty and reported both Police Scotland and the Scottish Government for a ‘Hate Incident’  following this incident described yesterday.
...

Why? In my day-to-day life I experience a great deal of anti-Christian prejudice, fuelled by ignorance and prejudice. Your poster will just add to that. You imply that it is religious people who are responsible for what you call homophobia and transphobia (although you don’t define what you mean by these terms – is being opposed to SSM ‘homophobia’?   Is believing that a woman is a ‘female adult human’ transphobia?  By not defining your terms you have of course left room for people to claim your support for anything that they determine is ‘phobic’).

This comes after the Scottish Government in partnership with the Scottish Police has launched a new campaign deliberately targeting Christians in an effort to tackle the seemingly growing problem of “hate crime” in the country.

The ‘Letters from Scotland’ campaign (which is taxpayer funded) include letters printed on posters to bigots, transphobes, and homophobes. The posters urge citizens to report any “religious hate” they may see or hear.

"Dear bigots, division seems to be what you believe in. We don’t want your religious hate on our buses, on our streets and in our communities. We don’t want you spreading your intolerance. Or making people’s lives a misery because of their religious dress. You may not have faith in respect and love, but we do. That’s why if we see or hear your hate, we’re reporting you. End of sermon. Yours, Scotland."

This message reveals a tyrranical sentiment towards anyone who opposes the status quo or so much as even dares to hold differing opinions. This is further reflected in a statement by Chief Superintendent John McKenzie:

“Police Scotland treats all hate-related crimes and incidents as a priority," he announced.

“It is recognised that hate-related crimes and incidents pose a significant threat to victims, their friends, families and wider communities, and the potential impact of such crimes cannot be underestimated.

“We continue to work tirelessly to ensure we respond to all reports of hate crime and I would encourage anyone who has been a victim of, or witnessed, a hate crime to report it.”

As Robertson, who is also the author of theweeflea.com, rightly points out:

They are selective – Its only certain groups that are mentioned.  Look at what they leave out.   What about those of us who are Christians who are regularly mocked and abused in the media, in our schools and on the streets?  What about English people in Scotland?  What about the disabled?  Or many, many other groups?  Why do they only pick on these select groups?

They are intimidatory – It is not the job of the police to police our thoughts and hearts.  They can have no idea what we do or do not hate or love.  Their responsibility is to deal with crimes that are committed. They do not have the time, money or ability to deal with our thoughts. But it seems they are going to try.  The new State morality is going to be imposed through education and enforced by the State police – welcome to modern Scotland – the Saudi Arabia of Secularism.

They are self-contradictory – A poster which is designed to combat hate – spreads hate.  Imagine a poster which said – Dear bigots, you can’t spread your homosexual hatred here!” .  You would be arrested immediately for putting that up.  But now the police and the Scottish government are putting up a poster which incites hatred – by implying that it is religion that is to blame.  I get enough hatred in schools, Universities, the media and online, without the government and police encouraging it!

Furthermore, it must be noted that campaigns such as this one set a dangerous precedent concerning free speech and the right to express one's views without harassment or penalty. 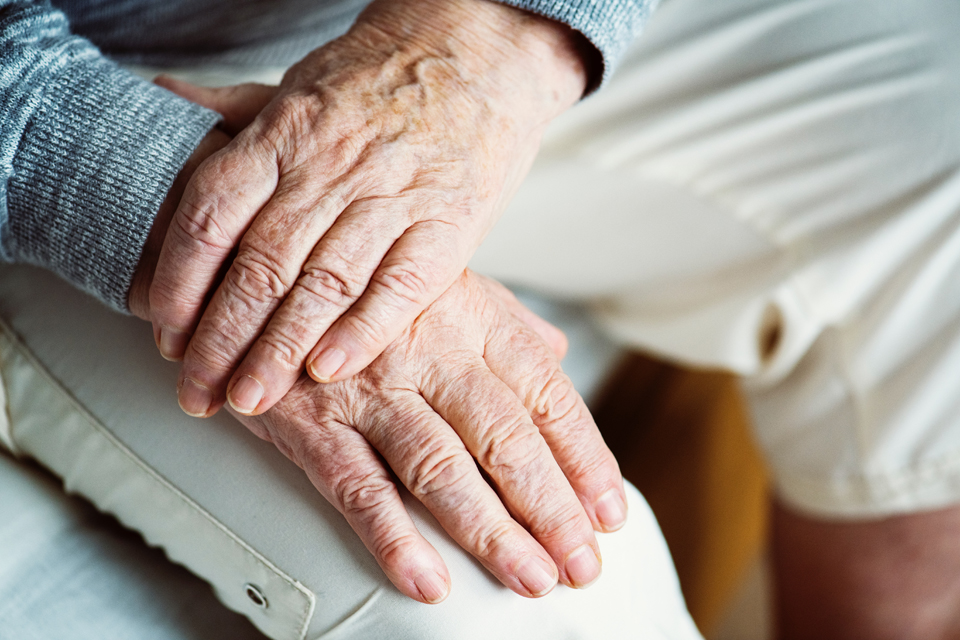 A new Californian bill allows an individual to aid, advise, and encourage a person to commit suicide - and sign off on the method of suicide-while financially benefitting from the person’s death.

FamilyVoice WA Director Darryl Budge is deeply concerned by this new depth to the slippery slope. "Introducing legal coercion to direct financial beneficiaries of a person's lawful killing would explode the cases of elder abuse, where murder, not just financial exploitation, will be the common result."

"Family members who "encourage" the terminally ill into killing themselves will be granted full legal immunity, regardless of their motives for doing so. The patient would have to explicitly state in their will that any family member who encourages assisted suicide are to receive nothing," The Daily Wire reported.

Yesterday an Australian man who stood to gain $1.4 million in life insurance was convicted of aiding his wife's suicide. Cases like this would be legal in California if this bill passes.

The Queensland Termination of Pregnancy Bill 2018 – extreme and dangerous 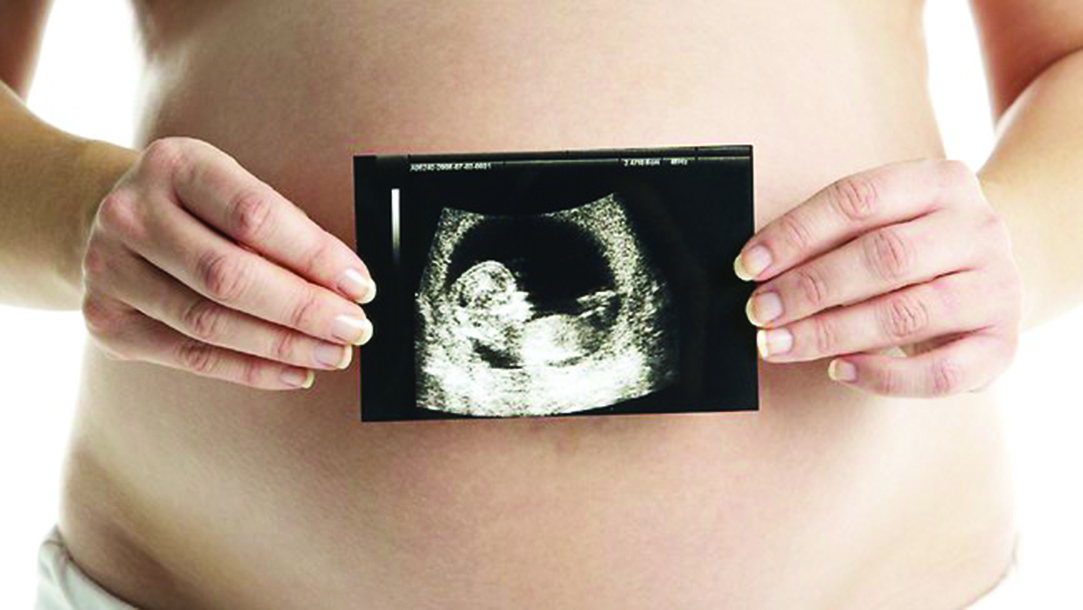 The Abortion Bill proposed by Labor’s Jackie Trad is considered the most radical proposal to come before an Australian parliament. Over 6000 submissions were received and over 23,879 people signed the petition opposing the Bill.

In my submission to the Queensland Parliamentary Committee appointed to the matter I pointed out the following:

The language is in places dangerously obscure. For example, it could be interpreted that if a mother caused the death of her unborn child for any reason, at any time before birth, she would be not guilty of killing the child simply by claiming it was an abortion. (Part 3 paragraph 10)

It permits Safe Access Zones to be increased beyond 150 meters if a judge or magistrate considers a clinic has a case for an extension. (Part 4 Division 1, paragraph 4)

It fails to understand conscientious objection. It assumes that this applies only to not being personally involved in the abortion, but not to the duty to refer a patient for an abortion. (Section 8) Further it fails to understand that a faith-based medical institution may have been established with a conscientious commitment to protect life including the life of the unborn as an article of faith. Conscientious objection applies not only to individual persons but to faith-based institutions and entire communities of faith.

It is proposed abortion be on request with no requirements for a woman to be counselled. The assumption may be that this releases a woman from being influenced against an abortion. The greater issue is that a woman may be being coerced and proceeding because she feels unsupported. If the woman’s wellbeing was truly being considered this option should be included. Further this makes false the claim that this proposal seeks to remove abortion from the criminal code making it a medical matter. If it were a medical matter then a medical reasons would be required.

There is no protection for a child being terminated based purely on sex selection.

The reading of submissions listed (https://www.parliament.qld.gov.au/work-of-committees/committees/HCDSDFVPC/inquiries/current-inquiries/TerminationOfPregnancyB18) shows that most oppose the Bill for very substantial reasons.

Those who are proposing it to the Parliament should be embarrassed by its inadequacy and lack of humanity.

The Australian Senate has voted to retain Christian prayer, including the Lord's Prayer, at the start of daily business. The Senate’s Procedures Committee found no compelling reason to change the status quo with the vast majority of the 800 submissions received opposing the change, including one from FamilyVoice Australia.

"This wise action is to be commended," said FamilyVoice National Secretary David d'Lima. “This practice is in keeping with the spirit of the Preamble to the Constitution, by which 'the people ... humbly relying on the blessing of Almighty God have agreed to unite…' And also, the decision is coherent with the basis of Australia's national identity, customs, laws, values and institutions."

It is always deeply gratifying to get a good result when we have put time into a submission or a campaign. While it may seem peripheral to the main business of Parliament, this prayer speaks to the very basis of our national wellbeing, for in doing so the Parliament humbly asks Almighty God for His blessing upon Parliament, and that He “direct and prosper (their) deliberations to the advancement of (His) glory, and the true welfare of the people of Australia.” A great prayer. We thank our supporters for resourcing us to do this important work.

Controversial gender and sexuality fluidity material is out of NSW schools, but parents may still question the sexuality content of high school courses

The NSW Liberal government’s replacement for the Crossroads high school course will no longer push gender questioning and sexual fluidity.

A new ‘independence’ module replaces the controversial ‘own identity’ material, which had discussed “binary thinking about gender and sexuality” and pushed a gender theory view of gender questioning, sexual identity, transgender and same-sex attraction. The new module will focus on financial literacy, civic engagement and body image.

Education Minister Rob Stokes said, “Disproportionate emphasis on contested gender theories are not helpful in a limited 25-hour course whose primary aim is to specifically prepare students for post-school
life.” He said that gender and sexuality are “sufficiently covered” in the health and physical education syllabus released in 2018 that is mandatory for all schools.

“While this is welcome news, the battle isn’t over yet as it is imperative that parents press teachers on the sexuality content in order to keep that in check as many no doubt will have untoward, politically correct agendas of their own,” said FamilyVoice NSW spokesperson Graham Isbister.