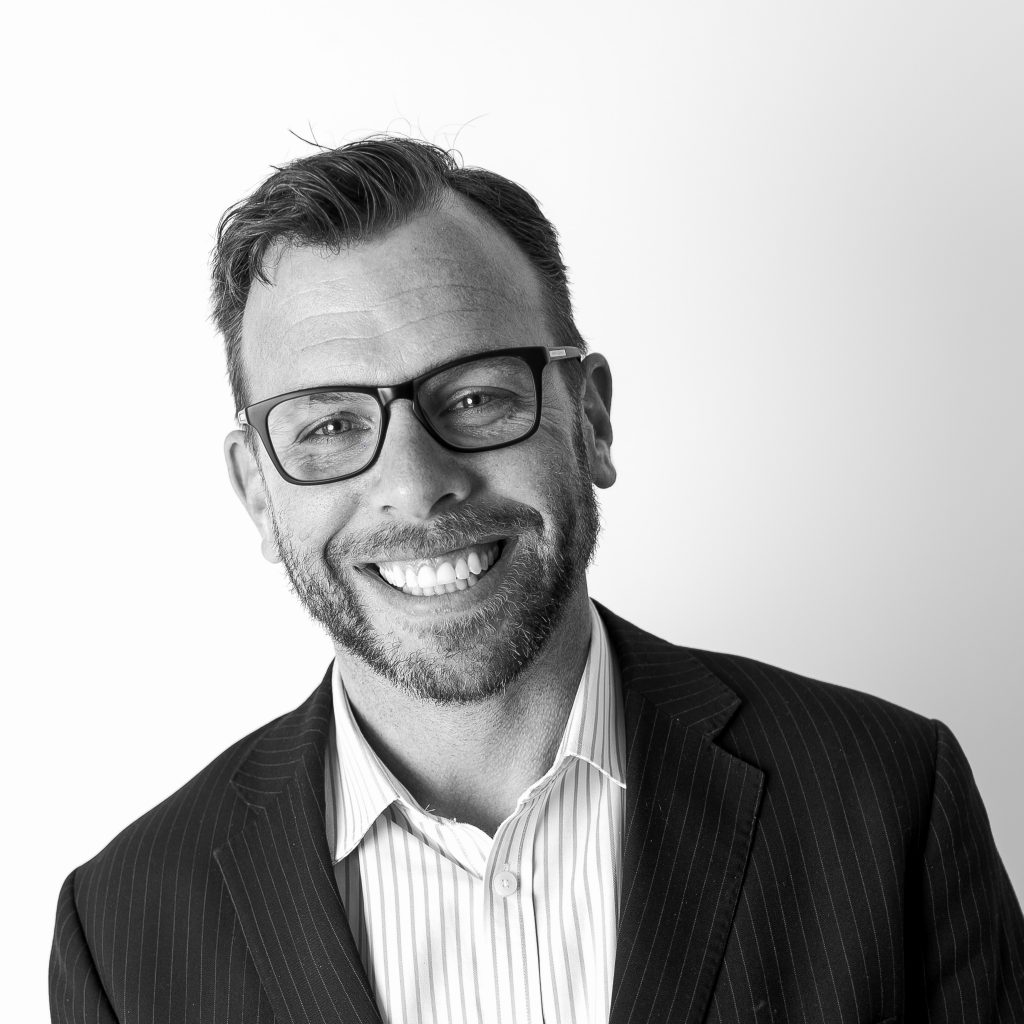 With the unfolding Covid-19 crisis that has enveloped the world, everyone is facing uncertainty and anxiety. The isolation forced by this pandemic is forcing many Australians to reconsider their priorities. Our doctors, nurses and health professionals are being called on to stand on the front- line of fighting the coronavirus. Skilled doctors are in short-supply and they are a vital part of the response to the Covid-19 crisis.

In the middle of this pandemic, a Victorian tribunal just upheld a decision of the Medical Board of Australia to suspend a Melbourne GP using emergency powers - solely on the basis of his internet posts. This decision has important implications for freedom of speech, protecting the right to a fair trial, and the invasion of cancel culture into the law.

The Case of Dr Jereth Kok

Dr Jereth Kok is a Christian and a second generation Australian-Chinese GP with 15-years’ experience in the medical profession. In 2018, following an anonymous complaint, the Medical Board of Australia began investigating Dr Jereth’s internet posts without his knowledge. In August 2019, the Medical Board gave Dr Jereth notice that they proposed to suspend his licence to practice medicine because of his internet posts and gave him less than a week to prepare for a hearing. At the hearing, the Medical Board of Australia suspended Dr Jereth in advance of a full investigation or trial on the basis that it is in “the public interest”. This despite the fact that no patient has ever complained about Dr Jereth and there has never been any issue with how he practices medicine. On appeal, the Victorian Civil and Administrative Appeals Tribunal upheld the Medical Board’s actions and published its decision on 28 March 2020. The full details of Dr Jereth’s story and some analysis of the case can be found in my analysis of the Tribunal Decisionhere.

Observations on the Case

The fact that the Tribunal is circumspect about calling the posts denigrating or offensive suggests that Dr Jereth’s internet posts were strongly stated and used much satire, spoof, parody and hyperbole but that they were not clear manifestos of violence, hate and denigration. Statements advocating violence are criminal matters for the Police, not matters for decision by regulators.

It also may be arguable that the medical profession has higher standards of conduct and that doctors must uphold the reputation of the profession when writing on the internet. That would clearly be a matter for guidance and education for doctors rather than draconian sanction.

Whatever one thinks about Dr Jereth’s posts, the central question is not whether they were wise, appropriate or elegantly stated. The question is whether internet posts alone justify use of emergency powers to effectively cancel a doctor’s career without a trial.

This has key implications for freedom of speech, the right to a fair trial and how “cancel culture” is now being grafted into law.

All doctors are subject to the oversight of the Medical Board of Australia under the Health Practitioner Regulation National Law. This law gives the Medical Board (a bureaucratic and administrative body) exceptional power over doctors and other health practitioners. It allows them to take immediate action to suspend a doctor in a number of prescribed circumstances. These circumstances are not carefully defined and in fact the laws were amended in 2018 to give the Medical Board wider powers to take action against doctors where it is “in the public interest” to “uphold public confidence in the provision of services of medical practitioners”.

That this law has made it onto Australian law books is concerning. It is a great threat to fundamental freedoms to give far-reaching powers of censure to unaccountable administrative bodies. It is also extremely problematic for laws to provide vague and imprecise grounds such as “the public interest” on which those powers can be exercised.

Often times, the people administering these laws are members of a class of society that is uniform in socio-political viewpoint and part of a privileged administrative class that is so isolated from the “public” that they are least qualified to determine what is in accordance with the public interest.

The biggest threat of these laws is to freedom of speech and its parent. The Tribunal chillingly observed that Dr Jereth has “clear conservative leanings” and he expressed his views strongly. The problematic posts related to abortion, sexuality and transgender issues and there were also suggestions that his posts could be read as supporting violence and racism. The Tribunal considered that there is a risk that Dr Jereth’s convictions on these matters might bleed into his practice. The subtext seems to be that there is a reverse onus on conservative voices to positively prove that their views will not adversely affect their medical practice. This has the effect of silencing alternate points of view and dissenting voices.

Consider some of the comments made by doctors when this story was published in Australian Doctor news;

“‘There is no doubt that Dr Kok… has clear conservative leanings.’ And there you have it folks. What need to we have of due process (or even to release the evidence)? ‘Thought Crime’ is a crime in the Peoples Republic of Victoria!”

“Far to (sic) dangerous to comment. Disgusting result.” “I’ve just committed a ThoughtCrime by reading this.”

Right to a fair trial

A fundamental pillar of the rule of law is the right to due process and a fair trial.

Firstly, The Medical Board decided not to inform Dr Jereth about the complaint against him. This decision not to inform a doctor is usually only where a complainant may be at risk if the complaint is disclosed. In this case the complainant was anonymous. Dr Jereth’s accuser is faceless. The only thing we know is that it is not a patient or anyone who has actually had contact with Dr Jereth except through the internet.

Secondly, by not informing Dr Jereth the Medical Board could spend three months compiling his complete internet history and building its own set of accusations. The Medical Board paid external consultants significant sums to scrape from the internet 2000+ pages of Dr Jereth’s full history of internet posts from which they selected the purportedly offensive content. Dr Jereth had less than two business days to formulate a submission in response. He was given less than a week before he had to appear at the emergency hearing to face a severe sanction. This sanction had been proposed prior to Dr Jereth putting his position.

This approach by the Medical Board significantly prejudices Dr Jereth’s ability to obtain a fair hearing or even to prepare himself properly. Dr Jereth has the right to a fair hearing. It is difficult to see how that has not been compromised by a combination of bad legislation and over-reach by the Medical Board in the way that it has applied that law.

If emergency action was warranted by the Medical Board, it is perplexing that the Medical Board took over three months from receiving the initial complaint to propose abrupt action with such far- reaching consequences.

Cancel Culture promotes destroying someone’s livelihood because of what they say. Speech is not met with speech. Speech is met with cancellation – boycotting, discipline and career threats. Cancel Culture targets the player and not the ball. Generally, this is done through social media campaigns and public backlash supported by complicit media support to cancel a celebrity or an entertainer.

Disturbingly, this modus operandi appears to be making its way into law and the rules that govern professions. In Dr Jereth’s case, the anonymous complainer(s) could have engaged with Dr Jereth’s ideas instead of complaining. They did not. The best way to respond to bad ideas is with good ideas. This allows viewpoint diversity and prevents bad ideas from becoming orthodoxy simply because those who have other ideas are erased. The complainants did not engage with ideas but instead chose to attack Dr Jereth’s career. The Medical Board has decided to enthusiastically take up those complaints and to use the full extent of powers to suspend Dr Jereth.

It is also clear that the Covid-19 crisis has not quarantined this administrative urge towards cancel culture. The Tribunal in review acknowledges that there is a public interest for doctors to be able to practice, particularly “in the current health climate where it is readily foreseeable that health services may be stretched to their capacity”. It matters not that we are in a world medical emergency not seen for a century and that Dr Jereth has never had a clinical complaint. Dr Jereth’s career is cancelled. He cannot practice medicine. He cannot contribute to the fight against the coronavirus, not because of any shortcoming of his practice, but because of the risk that his opinions mightbleed into his practice.

This heavy-handed approach by the Medical Board, now confirmed in the Tribunal decision, is concerning for those who cherish freedom and the right to a fair trial. The use of draconian emergency powers by a bureaucratic body based solely on a person’s ideas gives cause for great apprehension. In the present coronavirus crisis, we can see that cancel culture is not quarantined to our universities and arts communities, but it is now being used against our doctors and enforced by ourtribunals.