A Melbourne University professor has come under fire from students for standing up for the right of women to be free of biological men in bathrooms and toilets.

Dr Holly Lawford-Smith hosts a ‘noconflicttheysaid.org’ website which invites women to share their negative experiences about biological men who think they are women using women’s facilities.

Melbourne University students and staff are so incensed at the professor for standing up for the rights of women that they are holding a “trans pride rally” today on campus.

In Australia and around the world, legislation is being introduced that replaces sex with gender identity.. Advocates insist that there is no conflict of interests. But governments are not collecting data on the impacts of this legislative change. We're worried about the impacts on women of men using women-only spaces, including but not limited to: changing rooms, fitting rooms, bathrooms, shelters, rape and domestic violence refuges, gyms, spas, sports, schools, accommodations, shortlists, prizes, quotas, political groups, prisons, clubs, events, festivals, dating apps, and language.

Vice-Chancellor Duncan Maskell said: “We have a strong policy to guide our obligations around freedom of expression to ensure that we remain respectful, fair and lawful at all times within the university and in the wider community.

“This means we must all recognise the right for alternative viewpoints to be expressed within our community,” he added. 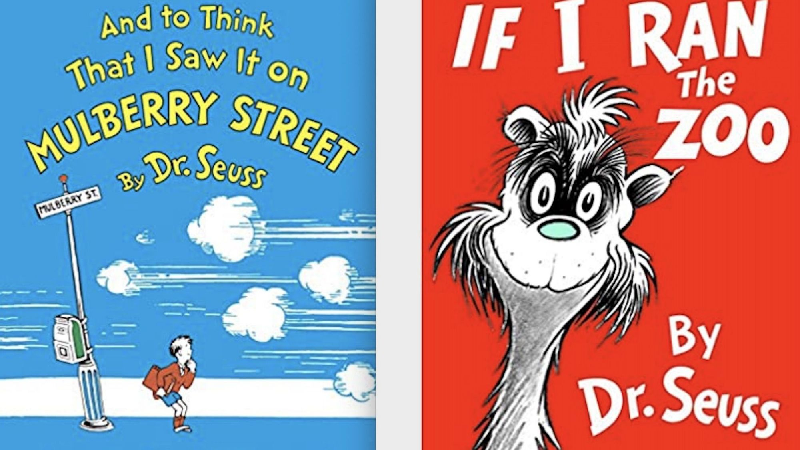 Six Dr Seuss books are the latest victims of cancel culture due to claimed “racist” and “insensitive” content.

Dr Seuss Enterprises, the company which manages the author’s legacy, made the announcement which will affect the titles And to Think That I Saw It on Mulberry Street, If I Ran the Zoo, McElligot's Pool, On Beyond Zebra!, Scrambled Eggs Super! And The Cat's Quizzer.

“These books portray people in ways that are hurtful and wrong,” claimed Dr. Seuss Enterprises.

“Ceasing sales of these books is only part of our commitment and our broader plan to ensure Dr. Seuss Enterprises’ catalog represents and supports all communities and families.”

“We've now got foundations book burning the authors to whom they are dedicated. Well done, everyone.”

Shapiro also wrote that: “Liberals, it's time to make a decision: either fight against digital book burnings or ditch your political descriptor. Siding with book burners is dictionary illiberalism.”

At the time of writing, seven of the top 20 books sold on Amazon are by Dr Seuss, with And to Think That I Saw It on Mulberry Street the bestselling at number three.

Queensland doctor Thomas Lyons was conducting an eyesight test with six children when he said he made the discovery.

He showed the children drawings of animals and people and asked them what they saw.

Dr Lyons said four of the children refused to use the terms 'boy' and 'girl' while all six of them became stressed...

“These children, without the knowledge or permission of the principal and parents, had been taught by teachers that the words 'boy' and 'girl' had some kind of bad magic and to utter them would somehow harm people,” said Lyons.

“Watching a six-year-old have a panic attack over use of gender identifying language is disturbing,” he added.

It comes in the wake of the Australian National University directing staff to say ‘chestfeeding’ instead of ‘breastfeeding’ and ‘gestational parent’ in lieu of ‘mother’.

While in the UK, Brighton and Sussex University Hospitals NHS Trust has similarly directed hospitals to use PC terms, including ‘human milk’ or ‘chest milk’ instead of ‘breast milk’.

Dutch campaigner: Why euthanasia should be opposed

A Dutch anti-euthanasia campaigner is warning Scotland against legalising assisted suicide, saying the Netherlands should offer a cautionary tale.

The Netherlands legalised euthanasia in 2001.

Henk Reitsema writes in The Times:

My country expected a fall in backdoor euthanasia and the stopping of incremental extension by pinning down the definitions in law. But 20 years later it is clear we were profoundly mistaken.

There has been a massive greying of the lines, with a significant increase in life-shortening treatments that are not being called euthanasia. The term “unbearable suffering” has been expanded from physical suffering to include psychological and existential suffering — now even the term “tired of life” is sufficient. We have also seen the restrictions on age and mental competency shift.

Reitsema says that at the beginning it appeared “reform” had reduced the euthanasia rate:

After legalising euthanasia, the incentive to improve palliative care has declined and euthanasia moved from being an exceptional situation to the norm, according to Reitsema.

“When euthanasia is ever more frequently used, the tendency is then to move in the direction of euthanising those who are not able to request it owing to dementia or other incapacity. Paradoxically, that which was supposed to provide autonomy could lead to the ultimate loss of autonomy,” wrote Reitsema.

In Australia, there are moves to legalise euthanasia in Tasmania, South Australia, New South Wales and the Northern Territory.

PIERS MORGAN: “This is not me being 'transphobic', it's me stating an obvious fact”

In the DailyMail, Morgan wrote:

Again, this is not me being 'transphobic', it's me stating an obvious fact.

That's why we have gender-specific competition in almost every sport and events like the Olympics.

President Biden made an executive order in January supporting transgender “women” competing against real women in sports.  Now President Biden’s “Equality Act,” which if enacted would write transgenderism into federal civil rights law, has passed the lower house of the US congress. Should the law pass the senate, transgender ideology will be protected with the force of the law.

Morgan says that if President Biden’s endorsement of the right of trans “women” to compete in women's sport becomes the accepted norm, then women's sport will be destroyed.

Morgan goes on to say that:

What can possibly be 'equal' about a system that allows mediocre athletes in men's sport to switch genders, without any requirement for surgery to change sex, and instantly become world-beating athletes in women's sport - as we've been seeing more and more in things like sprinting, weight-lifting and cycling?

How does that do anything but create a new inequality and discrimination against women born to female biological bodies?

Yet that is what Joe Biden wants to let happen.

Yesterday, his administration announced it was rescinding support given under the Trump administration for a lawsuit aimed at preventing transgender athletes from competing in girls' high school sports.

It was filed by three young female athletes who believe their ability to compete has been unfairly damaged by trans women competing against them.

One of them, Alanna Smith, said: 'People should realize that a lot of biological females have missed out on making it to meets that really matter like states and regionals and the transgender athletes have taken spots on the podium that belong to biological females. We train for so many days a week, so many hours to be the best in our state and the best in our region and these biological males are just taking it away from us and we really deserve it.'

Morgan states that very few people in authority seem prepared to speak out against trans “women” competing against real women for fear they will be the next target for the trans lobby cancel culture chopping block.

FamilyVoice has a long history of speaking out against transgender ideology.